Landlords in Manchester are enjoying rental yields from their properties up to four times higher than those gained from landlords in London.

A survey carried out by totallymoney.com which studied the data of 500,000 properties across the UK found that yields in Manchester reached as high as 8.25% whilst some London regions languished at around 1.48%.

In total, two Manchester postcodes make the top 25 yield list with the M6 postcode generating 8.25% on average, whilst student hotspot Fallowfield within M14 sees returns of 7.98% – hardly surprising for a city with four universities and a student population in excess of 100,000.

But it was the North West in general that performs extremely well within the buy-to-let market with another resurgent northern city, Liverpool, taking all three top spots.

Read more: House prices in Manchester and Liverpool could outstrip the rest of the UK by Christmas

London, the most expensive property market in the country, saw some of the lowest yields making up eight out of 25 of the lowest ranked postcodes. In fact, no postcodes from London or the Home Counties make the top list of yielding areas. It is worth noting though that average rents in some of these areas are almost £4,000 pcm. 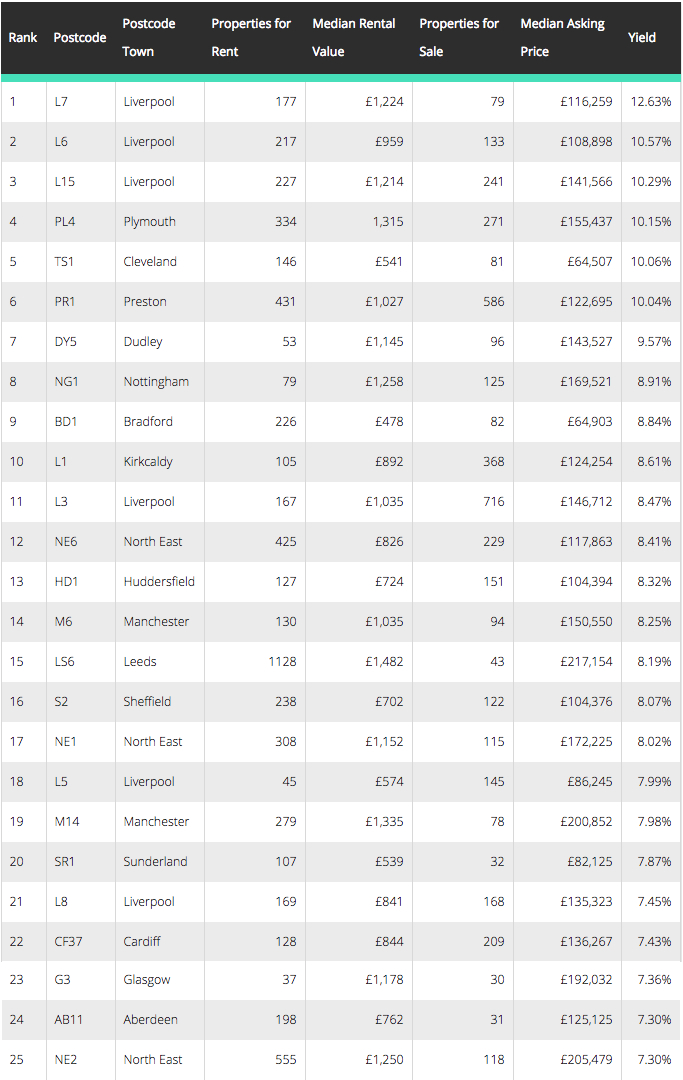 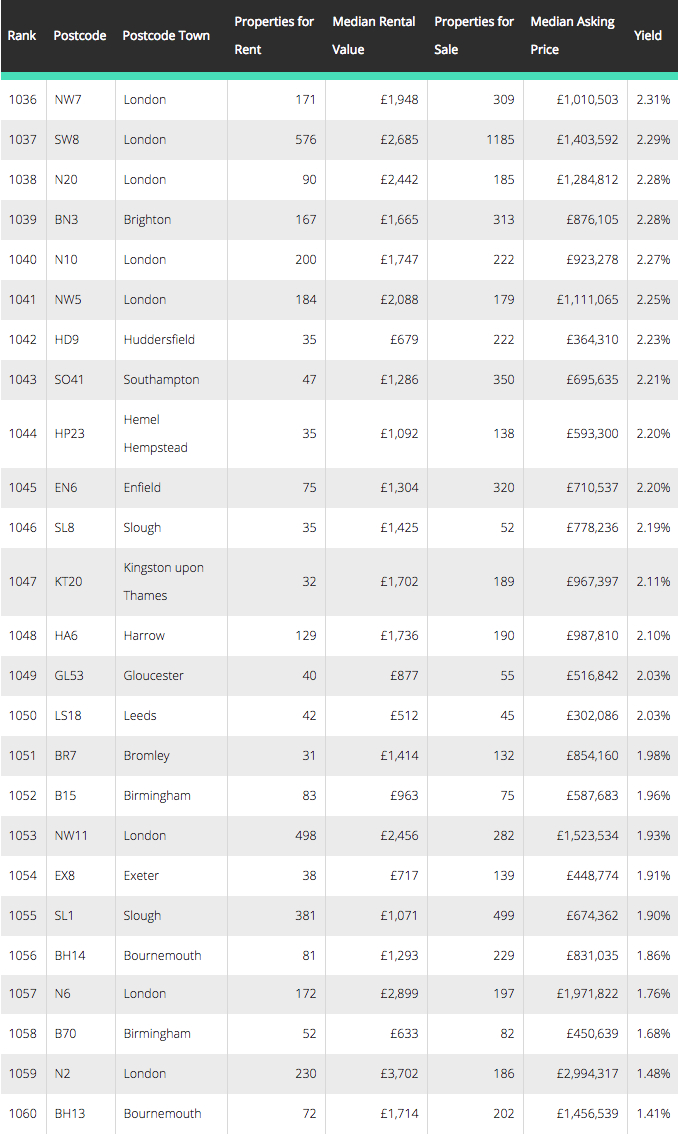 So why are yields so high in Manchester? Well, the major regeneration of the entire city over the past decade has boosted the city’s stock in the eyes of businesses and also students, attracting more young professionals into the city and flooding the rental market. With higher demand and improved housing thanks to new developments, rents have increased over the past five – 10 years.

And despite the increase in monthly asking prices, Manchester still offers a far more affordable city centre living lifestyle than that of the capital.